Hailed as one of Maria Caruso's greatest solo creations to date, Metamorphosis, has been performed across the globe since its premiere at Israel's Karmiel Dance Festival in 2018 and had a critically acclaimed five month run off-Broadway in 2021.

A dance theatre work, heavily influenced by the artist's ballet and modern vocabularies, the audience is immersed in the emotion of the creator's true story and selfless expression on the stage.

The evening length performance took root after Caruso's extensive work with the Martha Graham Contemporary Dance Company and the artistic evolution resulting from her performances of Martha Graham's iconic solo Lamentation. Hungry to create an expansive work for the world's stage, Metamorphosis was born.

The work is a spiritual and powerful journey through life's many transitions, and it is based on Caruso's own experiences but broadened to be more universal. Throughout the performance, the audience is absorbed in Caruso's drastic emotional shifts as she uses a series of costume changes into differently-colored dresses as a metaphor for turning points in her character's journey.

"Embracing the gravity of the moment, Caruso unleashed in her solo a passionate portrayal of a woman knowledged in the heartaches and joys of life that was bursting with her anxieties, sadness, soaring giddiness and breathless embracing of love and desire." - Steve Sucato

"...rage, sadness, sensuality. Caruso conveys these feelings with her entire body, which extends and contorts in ways that would leave us mere mortals breathless if we tried." - Zachary Stewart (TheaterMania)

"At the last moment, Maria Angelica Caruso walks through the center aisle, striding past the fabrics tossed to the ground. Not only has she conquered the memory of a dancer's past, she has also brought the audience through every step." - Marcina Zaccaria (Theater Pizzazz) 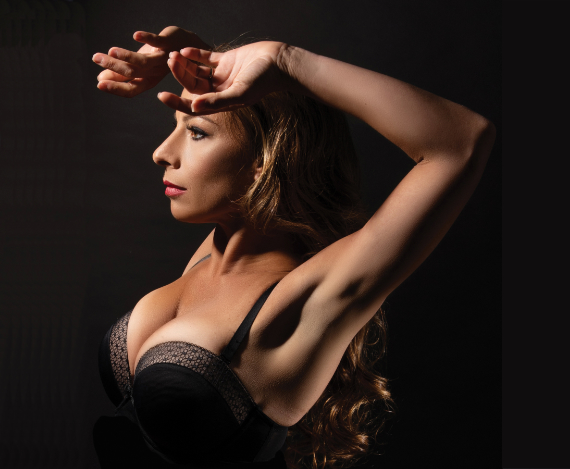 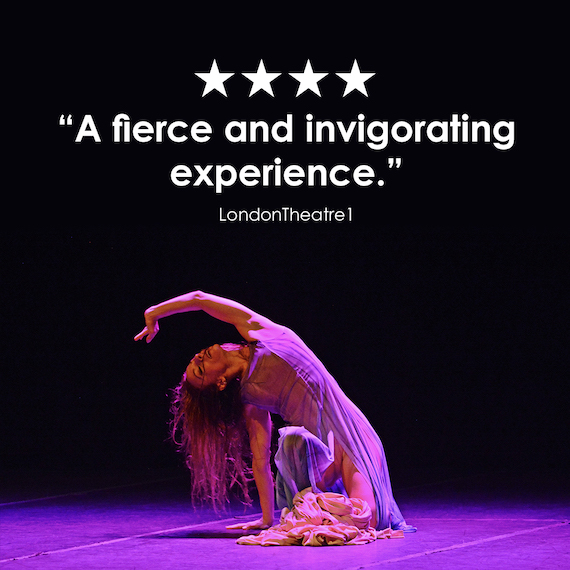 "Raw, powerful, and expressive performacne which is an absolute feat of strength and athleticism."